At the start of 2017, NACO created a taskforce of member and stakeholders to develop nationally applicable standardized term sheets for Angel stage deals. 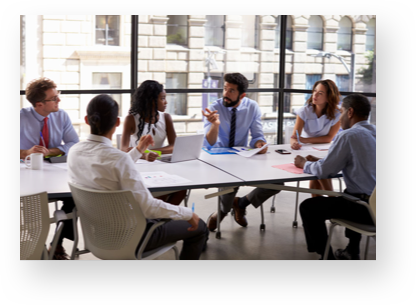 This project was designed to develop standards that guide investors and founders to structure deals that align their interests, position the company for future investment and growth, protect the rights of each party, and reduce some of the friction inherent in negotiating deal terms. Common Docs are a community resource meant for adoption and use by those working on early financials.

Below are the initial four term sheets produced by the NACO Common Docs project. These ideas will be updated based on stakeholder feedback and new documents will be added as the project continues to develop.

To accompany the standard term sheets, NACO Common Docs produced a series of 'Explainers' to help investors determine which term sheet is best for a given investment.

When to Use Which Term Sheet

This graphic illustrates something discovered as part of the NACO Common Docs research into what is common and market in Canada. Different types of funding mechanisms by stage, as well as tendency for founder-led and investor-led mechanisms at different stages.

*Thank you to Frank Leffelaar/EFUND.

As these are terms sheets for Angel investors and seed funds, it is important to note that very often outside investment is preceded by money from friends and family. Companies that just started and have no revenue, outside financing or even basic experience in raising outside financing have to rely on help from those sources that are close to home in addition to increasing the mortgage and maxing out the credit card: your uncle or some friends you know have some spare cash and are always willing to help. As easy and as straightforward as it may sound, consider the following case study.

Around 2007 a Vancouver-based tech company launched its first round of financing. Nothing unusual, but the valuation felt a bit on the high side for a company that had not even fully launched its product, $10 million.

The reason for the high valuation could be rationalized however.  The founder had sold their first company during the tech boom in 1999 for $23 million in less than a year with barely a finished project. After a few years of enjoying their win and tinkering around with new ideas they were ‘going to do it again’. The expectations were high and the founders reckoned a $100 million exit was possible based on their understanding of the marketplace in particular now that Google had arrived on the scene making exactly those sort of acquisitions. Their market understanding was however limited as they had failed to see how the market had changed: potential acquirors were no longer snapping up ‘ideas’ they were buying tested ‘products’ that had some level of market traction. Here our founders fell short and in no time they had burned through the funds the eager family and friends had supplied thinking they were indeed going ‘to do it again’.

So when the angel market was approached there was almost immediate adverse reaction to the $10 million price tag, some investors rightly worrying about pain it would cause the family and friends group if funds had to be raised below the absurdly high $10 million level. As the investor group was seriously interested a solution was found by way of a convertible loan and while that did not solve the facility and friends issue, it did protect the new investor group that consisted of some larger angel investors from across Canada.

The company indeed got invited by Google to visit and discuss their product although in the end the discussions went nowhere, Google may have been able to get some good ideas out of the meetings but never followed up in the end. The company continued its march and found it harder and harder to raise funds and kept using convertible instruments as the valuation discussion went nowhere and the family and friends had to sit through a painful wait of where the company was headed, remember last time it took these founders only 1 year!

In 2012 the tide turned when a seasoned CEO was brought on who would drive the company’s pivot and commercialization plan, it even landed a term sheet from a Vancouver-based Venture Capital firm. That term sheet however put the value at where the market was: $4.5 million. It meant the family and friends had taken a huge paper loss and the company was not even close to being where it should have been in terms of product launch and revenue.  The convertible loan holders were fine as the VC term sheet meant they could convert their original investment and the interest that accrued of almost 5 years into shares at a discount to the $4.5 million valuation the VC had given the company.

The founders, under some pressure, agreed to top up all the friends and family investors with an allocation out of their shares (and they had lots given the fact that both the high initial valuation and convertible had protected their pool) at the price point mandated by the VC. In the end the capitalization table looked very different and the founders addressed a mistake they had made and so managed to keep their relationships with those closest to them intact.

So, this is a key example of why it is so important to treat family and friends in a prudent way. These are the very people that are closest to you, that you love and that you will live with well beyond the timeline of any business deal. Under any normal circumstances you would probably not do business with them anyway precisely because your relationship with them is so important. The last thing you want to inflict on them is a financial loss.

So therefore there needs to be caution when involving mum or dad or your high buddies into writing a cheques into your startup, however promising the idea may be. The first step would be to be candid about the risk of the investment and get them to understand that they may well lose all their money. Once they are comfortable with that risk, one can move to next instrument and identify the best instrument to pair their investment. As the case study from Vancouver tells us, fixing a valuation is not the best approach and addressing it by giving family and friends a very low valuation may not be wise either. It is too early to valuate and if you go with a very low valuation it may end up hurting the founders and their position and also setting a potentially low bar for further angel and VC financing.

The best way therefore is to use convertible instruments and there are two at your disposal: a convertible loan or convertible equity (SAFE).

So whenever the people closest and dearest to you in your life want to invest in your company, do advise them of the risk and pick the best possible term sheet that will create the most value for them, whether Google acquires the business or not.

Companies should get in the habit from day one of having all of their corporate materials organized electronically. The day you get your incorporation certificate, create an (electronic) folder and start keeping your company records up to date.

Cloud file systems such as Dropbox or Google Drive make it easy to keep these documents organized, backed up, and available for review by investors.

Due Diligence Material to be Prepared by Company via Online Folder

Standard documentation to be signed on closing a Common, Preferred or Convertible Financing

When a convertible note is paid back, how should an investor treat the interest?

A convertible note’s interest, if the loan is paid back rather than converting, is treated as income. The interest earned — even if not paid yet — should be recorded annually.

Stay tuned! We’ll publish an Explainer on this.

My (potential) US Investors have questions, what should I tell them?

Stay tuned! We’ll publish an Explainer on this.

For now, you can tell them we’re not crazy for using Common Share term sheets. In Canada, unlike the US, this does not cause tax issues for founders or employees related to share or option values.

Do you have the full Subscription Agreement to go along with the Term Sheets?

Not yet. Future work may include full Subscription Agreements. The Canadian SAFE, however, is the entire agreement.

Do you have any questions you would like answered? Please email us at academy@nacocanada.com.

The following organizations partnered with NACO and provided the necessary resources to make this initiative possible.