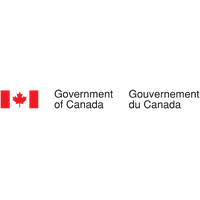 Fewer than 16% of Canadian small and medium-sized businesses are women-owned, yet the full and equal participation of women in the economy is essential to Canada’s competitiveness. To increase women’s entrepreneurship and advance their economic participation, the Government of Canada is investing in the Women Entrepreneurship Knowledge Hub (WEKH).

The WEKH, which is part of the Women Entrepreneurship Strategy, will advance research, gather important data and disseminate information related to the advancement of women’s entrepreneurship in Canada. The WEKH will also deliver a report on the progress of women entrepreneurs in Canada.

Today, the Honourable Mary Ng, Minister of Small Business and Export Promotion, announced the chosen consortium that will receive nearly $9 million over three years to deliver the WEKH.

The chosen consortium will be led by Ryerson University, and it includes eight regional hubs, ten partners and thirty-seven supporters, drawing on the subject matter expertise needed to ensure the representation of women across regions, throughout linguistic communities and in under-represented groups.

“Our government believes in making evidence-based decisions that will help grow Canada’s economy and create middle-class jobs. To advance the economic empowerment of women, we are investing in the Women Entrepreneurship Knowledge Hub to ensure that women entrepreneurs, the organizations that support them, government bodies and the private sector are equipped with the necessary information to better understand and assist women entrepreneurs in their efforts to start up, scale up and access new markets.”

– The Honourable Maryam Monsef, Minister of Status of Women

·        The Women Entrepreneurship Strategy (WES) will help women start and grow their businesses by improving access to financing, talent, networks and expertise through an investment of nearly $2 billion.

·        The strategy will help our government achieve its goal of doubling the number of majority women-owned businesses by 2025.

·        Advancing gender equality has the potential to add $150 billion in incremental GDP to the Canadian economy by 2026.

·        The Global Entrepreneurship Monitor Canada 2015/16 Report on Women’s Entrepreneurship indicated that in 2016 Canada had the highest percentage of women participating in early-stage activity (13.3%) and the fifth highest in terms of female ownership of established businesses among comparable innovation-based economies.