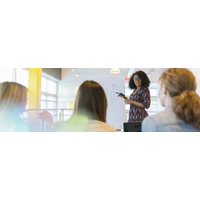 These are exciting times for female tech entrepreneurs in Canada.

The Business Development Bank of Canada is investing $200-million in women-led technology companies, through its Women in Technology Fund. Venture capital fund Disruption Ventures has set its sights on female-led startups. And StandUp Ventures also invests only in women-led companies — primarily in tech.

Yet female tech entrepreneurs still face systemic inequities when raising capital. This despite research showing that investments in companies with at least one female founder outperformed those in all-male teams — by 63%.

To help you navigate these hurdles, we brought together four industry insiders to deliver perspective and practical tips — from both the founder and funder side of the boardroom table:

Silicon Valley, we have a problem

While exact stats for tech funding in Canada remain elusive, the numbers we do have point to a problem.

In the first half of 2018, only 12.5% of all U.S. venture capital invested went to companies with at least one female founder, according to Pitchbook’s data. This follows the now-famous 2017 figure that only 2.2% of all VC funding went to companies founded solely by women.

“It’s a real problem,” says Katie Kaplan, “and not just from a fairness point of view. The long-term success of the Canadian economy depends on innovation that spurs productivity. As we increasingly compete in a global marketplace, we need to source the next best ideas from all segments of our diverse Canadian population.”

Explanations vary for the funding gap, but observers often focus on the funders doling out the cash. Only 14% of partners at Canadian VC funds are women, according to a report by Female Funders. Male investors, the argument goes, are more likely to trust male founders.

“The gap is partly caused by natural biases towards women in an entrepreneurial role - most of the venture funding comes from males,” says Sophie Forest, who has been the “only woman in the board room” for much of her career.

How to answer the “family life” question

But how can women tackle the rare questions that make gender a headline topic?

“Maybe 10 or 15 of the 500 questions I’ve been asked were gender specific,” says Emma Harris. “And they were always unwarranted, because they had to do with a timeline on when you were going to reach a personal milestone like getting married or having a child and when that will affect the business.”

You probably don’t want to partner with investors who ask those types of questions, says Harris. Still, she advises, composure is key.

“The best way is to answer them as professionally as you can while acknowledging that the question is totally irrelevant to your business. Maintain your professionalism, but there’s nothing wrong with pointing out when a question doesn’t belong.”

If one personality trait distinguishes entrepreneurs, it’s confidence. Perhaps overconfidence: one study of American entrepreneurs found that one-third rated their chances of success at 100%.

For female founders, the challenge often goes in the opposite direction. Instead of confidence, they default to conservativism.

“We tend to avoid shouting from the rooftops about our successes,” says Kaplan. “Many VCs I’ve met support female-led startups — they just don’t see enough of them coming through the door saying how great they are.”

Theories run the gamut to explain the phenomenon. Some have pointed to historical roles in society, which socialized males to express confidence and females to seek approval. Other observers have faulted the funding climate itself. It’s no wonder women are less confident, they point out, when they face biased treatment and see few female investors.

Insecurities can pop up in surprising ways once the high-stakes pitching begins.

“Sometimes women mention gender in their pitch as part of their struggle,” says Ramesh, “and while that is an important part of the story, I have found that highlighting it too much may take away from the essence of the presentation. The pitch should really be just about your business.”

For Harris, of Healthy Pets, the confidence gap affected her funding target.

“Men generally set out larger goals than women,” she says. “I see it in the quantities of money they raise and what they intend to do with it. I went on Dragon’s Den looking to raise a ridiculously low amount of money, but a venture like this eats up money, so it would have killed the business to raise so little.”

Whatever the cause and wherever it applies, female tech entrepreneurs need to remember that first impressions count. As the saying goes, investors often invest in people, not ideas.

“The first impression you give is either going to get you a second meeting, or it won’t,” says Forest. “If you are competent and you get to that second meeting, then you have a shot. But if you can’t convey your competence in that first meeting you’re never going to get anywhere. Female entrepreneurs need to go into meetings believing in what they’re doing and show how confident they are in their business and what they can build.”

The pitch process receives the brunt of entrepreneurs’ focus — and for good reason. But industry veterans say the smart money is on funders who also build relationships outside the four walls of the board room.

“Finding a mentor and a champion who is able to help you navigate the waters is really important,” says Ramesh. “It’s been an old gentlemen’s club for some time, so find someone who’s able to invite you in as a guest. View the entire fundraising scheme as a relationship, instead of a transaction.”

When building these relationships, entrepreneurs sometimes forget a best practice that fostered their success in the first place: perseverance.

“We see so many entrepreneurs who come to us, send us an email, leave a message, and never follow up,” says Forest. “And you know, maybe I would have been interested in that business, but I receive 10 to 15 business plans a day. And maybe that day I was super-busy and I never got to that email or I forgot. It doesn’t mean I’m not interested.”

For tech entrepreneurs such as Harris, the increasing profile of women like Michelle Romanow and Arlene Dickinson – Dragon’s Den veterans both – has generated new role models to consult.

Yet Harris also cites her relationship with OMERS Ventures managing partner Damien Steel as critical to her success. She tends to access her female-focused networks for female-focused issues, such as balancing marriage and motherhood with entrepreneurship.

Pretending they don’t face institutional obstacles as women is not an option. Check that: as trailblazers on the ground, they are best positioned to highlight them. At the same time, female founders know that success depends on staying positive.

It comes down to perspective, say industry insiders.

Waiting on the world to change?

Women should take advantage of the funds and programs that support female-led tech startups, says Kaplan. Consider them part of the overall funding strategy.

By bringing talented women to the forefront, these initiatives help correct historical imbalances.

“In general I wouldn’t have been in favor [of female-focused initiatives],” says Forest, “but right now we need it. It’s been done for various underrepresented communities, not just for women, and I totally agree with it. That being said, I don’t believe in supporting an ecosystem here in Canada where women that are not competent get funded simply because they are women.”

Long term, all signs point to improved fairness for female tech founders, as the funding community and society at large make diversity a priority.

“More and more women are becoming leaders in the investment and startup communities,” says Kaplan. “Yes, the process may take a while, but I’ve already seen improvements, and I think we’ll see more and more as we continue down this road.”

For more information on how BDO’s Emerging Technology team can help your company, contact us today.

The Government of Canada announced a new fund for women-owned and women-led businesses called the Women Entrepreneurship Fund which provides up to $100K in funding for one year. Contact us today if you would like to learn more.